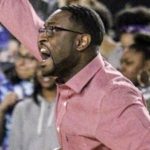 Coach Jerry Petty grew up in Seattle, Washington playing basketball, football, and baseball. He attended Garfield High School where he led his team to the Washington state 4A boys basketball championship in 1998. Also, in 1998 Coach Jerry won the 4A Most Valuable Player award along with 1st Team All-State Honors. From Coach Jerry’s successes in high school, he was awarded a scholarship to attend North Idaho College in Coeur d’Alene, Idaho. He played 2 years for NIC winning NWAC All 1st Team honors for two consecutive years, as well as leading his team in scoring, assists, and steals. After attending NIC, Coach Petty ventured on to the University of Nevada (Reno), where he helped lead the team to the NIT tournament and also won the Defensive Player of the Year Award for the Western Athletic Conference. Coach Jerry also won the University of Nevada (Reno) ROCK award, and was the 2002-2003 team Most Valuable Player.